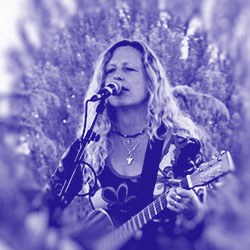 Linzi had always written and performed her own songs and she signed to Warner Chappell's as a songwriter having won the Nordoff Robins singer songwriter award through Radio 1.

She gained her teacher training and PG Cert in Fine Art & Professional Practice and went on to become Head of Art/ Textiles in London.

Linzi became Assistant Director for KW4K's which culminated in a charity performance in aid of Anti-Slavery International at the Linbury Theatre, Royal Opera House called 'Break the Chains'. Her interest in art, theatre, set design and music has been a constant thread throughout her life.

From set designing on London fringe productions which led to set design for a production at The Traverse, Edinburgh Festival, to facilitating on community music and art projects in the UK and abroad.

In 2007 Linzi devised and led an Arts initiative in Banda Ache, Sumatra, following the Tsunami. She worked with over 100 students who had been directly affected by the tsunami, creating artworks with the children to raise money for the Sukma Banska schools.

Linzi moved to Warwickshire and worked at Compton Verney in the Learning Department before becoming Head of Art at The Croft School for five years. She continues to work with ‘thedramaclub’ making and designing sets and props for their productions.

Linzi has continued to make and exhibit her prints. She is particularly drawn to textiles, and has recently started to work in clay selling her work at Narberth Pottery in Pembrokeshire. 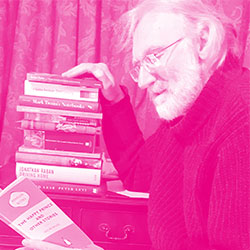 David was born and raised in West London, and spent the first three years of his life in a John Innes No 3 Gro-Bag which may - or may not - account for his height.

He has been telling 'tall' tales for years but has so far avoided any awkward brushes with the law.

Contrary to rumour, his move from Birmingham to Wellesbourne in early 2019 did not happen at midnight and did not involve baliffs in hot pursuit. It did, however, enable him to live closer to his beloved partner, Cat, who also incidentally, co-authored their book 'Marsupial Misfits' (copies still available). They were delighted to read this on two occasions on Welcombe Radio.

After a varied working life, which included 22 years in the NHS, David opted to move on to the sunny uplands of Active Retirement, in which he has maintained a link with the Birmingham Talking Newspaper for whom he records regularly. He can also sometimes be seen hanging around the fringes of Second Thoughts Drama Group.

David's age is a closely-guarded secret, but the guards wish to make it known that they are perfectly willing, for a small consideration, to look the other way, whistle aimlessly and adopt selective deafness while this information is divulged. 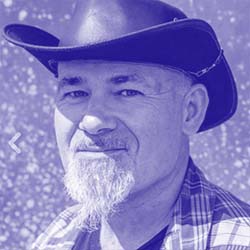 Mike Took is a professional writer who specialises in creating scripts for film.  He also writes and performs poetry, and in 2018 he debuted his solo spoken word show “Overpriced Zeitgeist” at the Edinburgh Fringe combining comedy, politics and grammatically inaccurate 1980s song lyrics.  His performance was described by the poet and playwright Jimmy Andrex as “a perfectly-structured romp from anger to whimsy.”

His screenwriting commissions include everything from gangster movies to science fiction, and his published works include a visitor's guide to the Cannes Film Festival, an Elizabethan stage play and the illustrated book of his Edinburgh show.  Visit www.scriptstuff.co.uk for more information. 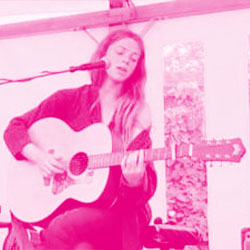 Katherine is a free spritied singer/songwriter from Stratford upon Avon, England.
Influenced by the likes of Joni Mitchell, Suzanne Vega and Radiohead, Katherine composes songs on guitar with poetic lyrcial content.

She had performed extensively across the UK and parts of Europe and has recorded one studio album with another on the way.

Her single ‘Lullaby for Lucas’ was released in 2021 premiered by Flaunt Magazine and American Songwriter magazine.