Sarah talks about making art and how to make a leaf paintnig.

What the Art Show is all about

The Art Show is a place where we celebrate making Art and Craft! Where we meet the Artists - including budding artists - and hear their stories. We explore how to be an Artist with tips on techniques and materials, and we share Artworks. We have news about workshops and exhibitions, locally and nationally. We explore Community Arts, what it means, how it can bring a community together, and the therapeutic effect Arts can have on so many different levels. We look at education and do our best to encourage schools to share ideas and resources, and maybe even inspire some people to start making Art in some way. We deepen our understanding of how the Arts play a huge part in our community and, meet the wonderful people who are bringing you projects and opportunities to join in.

If you are running a local exhibition or arts initiative, please get in touch with us at Welcombe Radio.

Each week has a different theme or concern. Thank you for listening.

It is our wish to work towards having a Welcombe Radio Art group who will make Art, share skills and ideas whilst the show is being broadcast. Please contact us at Welcombe Radio if that is something you would like to become involved in. 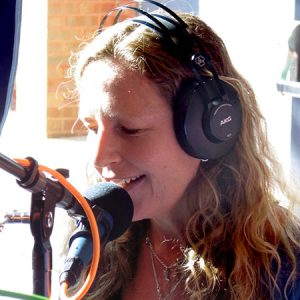 Linzi Morgan Whitting trained at Bradford Art College gaining her B.A. in Art & Design. She went on to become a named designer at Liberty's and sold her hand printed silks exclusively in Liberty's of London.

Linzi had always written and performed her own songs and she signed to Warner Chappell's as a songwriter having won the Nordoff Robins singer songwriter award through Radio 1.

She gained her teacher training and PG Cert in Fine Art & Professional Practice and went on to become Head of Art/ Textiles in London.

Linzi became Assistant Director for KW4K's which culminated in a charity performance in aid of Anti-Slavery International at the Linbury Theatre, Royal Opera House called 'Break the Chains'. Her interest in art, theatre, set design and music has been a constant thread throughout her life.

From set designing on London fringe productions which led to set design for a production at The Traverse, Edinburgh Festival, to facilitating on community music and art projects in the UK and abroad.

In 2007 Linzi devised and led an Arts initiative in Banda Ache, Sumatra, following the Tsunami. She worked with over 100 students who had been directly affected by the tsunami, creating artworks with the children to raise money for the Sukma Banska schools.

Linzi moved to Warwickshire and worked at Compton Verney in the Learning Department before becoming Head of Art at The Croft School for five years. She continues to work with ‘thedramaclub’ making and designing sets and props for their productions.

Linzi has continued to make and exhibit her prints. She is particularly drawn to textiles, and, has recently started to work in clay selling her work at Narberth Pottery in Pembrokeshire.

Val Rainbow is an all-round artist and performer whose background is in the performing arts.

Originally trained as a theatre designer, Val has worked in both amateur and professional theatre, as well as having her own costume hire and making business in Birmingham. She has trained and worked as a sacred clown, plus studying physical theatre, tap dance and contemporary dance, and performed and taught Egyptian Belly Dance for 15 years. During that time, she ran many workshops and performances in dance and clowning.

Val has studied Tai Chi and has run co-operative play workshops, and has also trained to be a Reiki master. Val learnt her radio presenting skills during her time at Stratford Community Radio, North Costwolds Community Radio, and The Alternative Show.

She has worked for Heart of England Mencap as Arts Co-ordinator, and during that time, her interest in art and craft was re-ignited. She is now currently starting a new venture called Mandala Arts which focusses on hand crafted, ethical, eco products. 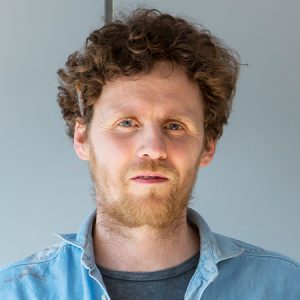 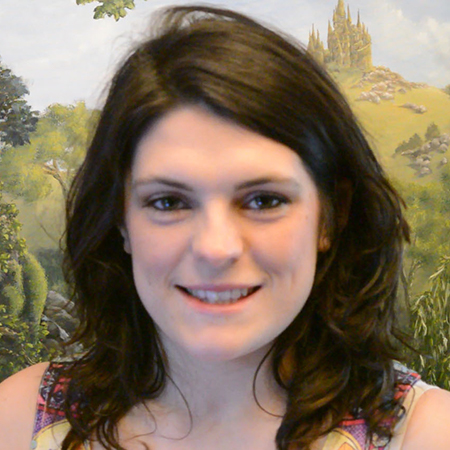 Sarah Miles trained as a Primary School teacher, and taught full time for four years before making the switch to becoming a self-employed artist in 2016. Since then Sarah has continued teaching in various capacities, and currently teaches four art groups (children and adults) every week, plus occasional workshops, demonstrations, and private classes.

When Sarah isn’t teaching, she is working on artwork for clients, galleries, and exhibitions. Most of the projects Sarah chooses to work on are part of her ‘Lore Art’ series which is inspired by folklore and early versions of fairy tales. This work often involves other elements including wildlife, nature, and figures.  In some of these paintings are hidden creatures and monsters which viewers enjoy searching for. Sarah is also exploring using other mediums in combination with her oil paints, creating some interesting textures and effects. Each year Sarah also takes on a number of commissions, ranging from pet portraits to murals covering large vehicles.

You can see more of Sarah’s work via her website: www.sarahmilesartstudio.com, art trails and exhibitions, Meander and Mooch Gallery in Newark, and Capital Art Gallery in South East London.

You can also connect with Sarah on:

Please feel free to contact Sarah about anything, from asking for tips and advice to sourcing and commissioning artwork.

Ruth Kirkby
Artist and botanical illustrator based in Presteigne on the Welsh Borders.