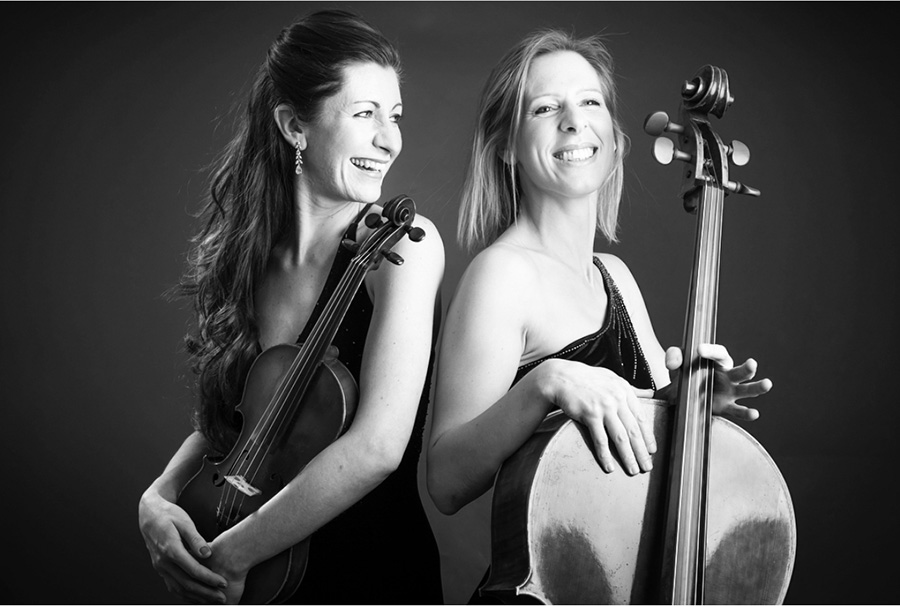 Julia and Sara are both professional musicians and great friends. They met on the island of Jersey in 2010 whilst performing at a chamber music festival and have been performing together ever since. Soon after they founded the Sorelli Ensemble. They are passionate about providing the highest quality of delivery and presentation in their performances. The girls pride themselves on their friendly demeanour and their ability to connect with their audiences and clients.

Graduates of the Royal Academy of Music and the Royal Northern College of Music, Julia and Sara have performed throughout the UK and Europe, in venues including: the Royal Albert Hall, the Concertgebouwe, the Royal Festival Hall, St Martin in the Fields and the Birmingham Symphony Hall. They were the featured guest entertainers on Saga Cruises in 2013/2014 and regularly perform at The Proms, on BBC Radio 3 and Classic FM.

Aside from performing as The Sorelli Ensemble, the girls enjoy a busy freelance career. They play regularly with professional orchestras, such as The BBC Symphony Orchestra, The Bournemouth Symphony Orchestra, The Orchestra of the Swan and The Royal Shakespeare Company. Julia has also appeared on BBC Four, Radio 3, BBC Scotland, Classic FM, Britain's Got Talent and annually plays at The Proms. She has played on pop recordings which have been distributed worldwide and her featured solo on the album 'Credere' was used as the accompaniment on the World Figure Skating Championships in 2011/2012.